Shiloh has been collecting relief supplies to send to nearby islands affected by typhoon Haiyan. 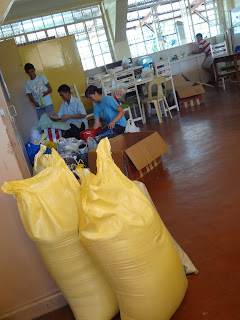 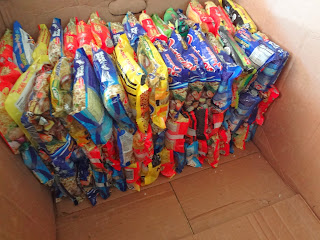 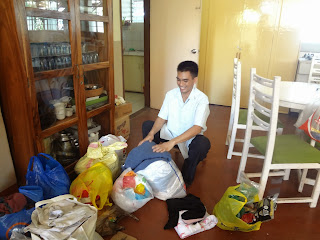 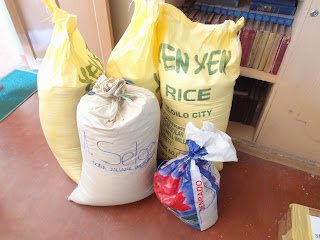 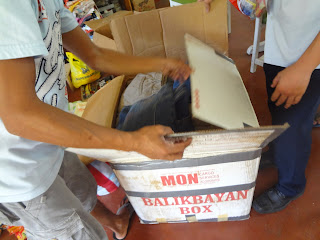 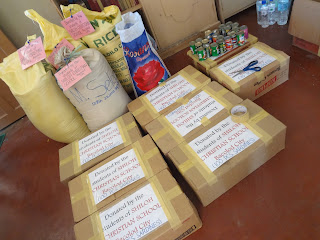 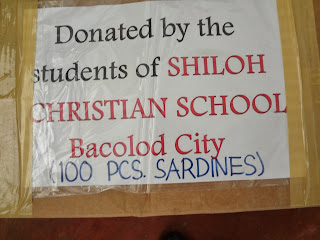 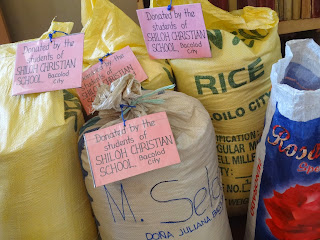 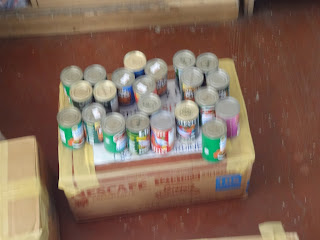 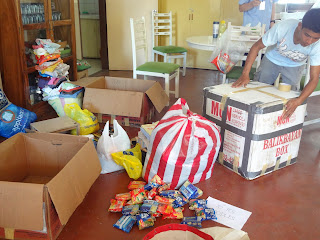 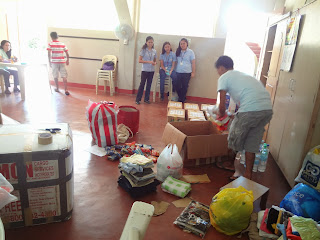 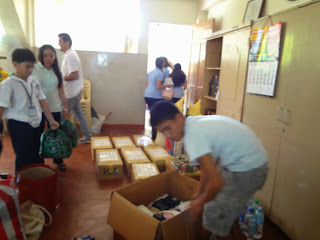 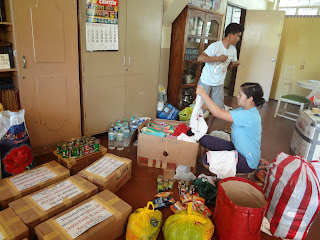 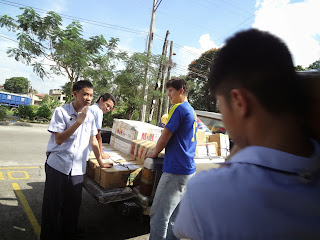 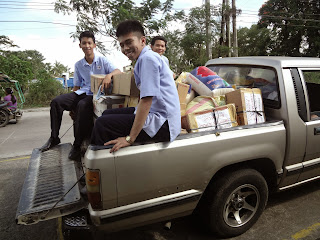 Posted by Michael and Sarah Jones at 5:03 AM 2 comments:

Well, I have just barely survived my first typhoon.
Due to typhoon warnings, school was cancelled on Thursday.  So like any other off day, we hung out around the house.
Friday, the storm picked up.  It poured rain, and the wind loudly made its existence known.  At around 11:00 am the adventure began!
The lights flickered off, and because of the dreary day everything was slightly dark.
The first step to getting out of a black out?  Sleep!  So yes, I promptly fell asleep.  Nap #1 of the day checked off of my list.
Next step?  Find something exciting and suspenseful to do.  And so, a thrilling game of chess ensued.  Jake and I battled fiercely until the very end.  The game concluded in a stalemate, and we agreed to end with a tie. (Truth be told Jake more or less won. Shhh!!!! Don't tell!)
A game of Egyptian rat slap followed, along with rummy, gin rummy and then lunch by candle light! (I completely killed Jake in all of those games.)
Once lunch was over, we resumed our game and proceeded to decide that a change of scenery was needed. So what else is there to do but have a 14 year old, 17 year old and 18 year old play hide and seek tag?  Let the games begin!  Jake was the first seeker, and after finding us and chasing us around the house Joseph was next.  From there Jake dominated. (He also wanted me to add that he is a 6"1 and would like everyone to appreciate that it was very hard for him to hide.)  Joe and I were constantly the seekers; it was dreadful.  After a round or two of hide and seek tag we decided to play Filipino style.  Once we ended our hide and seek games, the boys took up Chess again, and Miss Karen and I started supper.
We ate supper by candlelight, and started a rousing game of Apples to Apples.  After a while of that, we headed off to bed at around 8:30.
It was around 17 hours of no electricity before it was turned back on.  It was a long, slow, but enjoyable day for us.
There are other areas are facing much more devastation than us; islands on the eastern side of the Philippines got hit with the full force of the storm.  It is still unknown how many are dead and injured.  The devastation was minimized for several reasons.  One, the storm was very fast moving, unusually so. Therefore, it did not have time to dump as much rain, and flooding from excessive rain is what usually causes most problems.  Second, the disaster management agencies were able to evacuate a lot of people from high risk areas, and many people were more cooperative with this than they have been in the past.  Third, for us, typhoons lose their intensity as they are going over land, and this one had to cross 3 islands before it got to us.  Something else unusual that happened was that as the storm approached Bacolod from the east it ran into two mountains that are east of the city which seemed to block lot of the storm from hitting Bacolod.  The storm did also hit Bohol, the island which was hit by the earthquake around a month ago.  That island is on the eastern side and would have been hit pretty hard by the storm but because of the problems caused by the earthquake, we do not have a lot of information coming from there yet.  Iloilo has a lot of structural damage because they are in a low-lying area that floods easily.  There are many people on the east side of Leyte where the storm hit the hardest that would not evacuate, and so suffered the brunt of the storm. We are praying for them. While it was a terrible storm, and many families have lost loved ones and homes, it could have been a lot worse.  And we are thankful for that. Please keep everyone in your prayers. 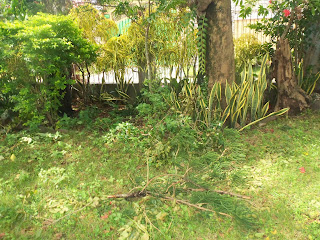 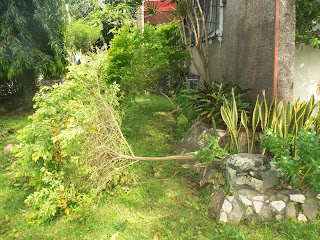 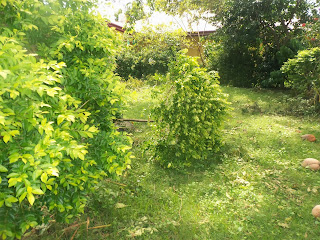 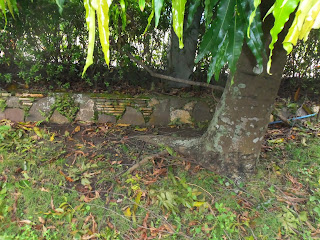 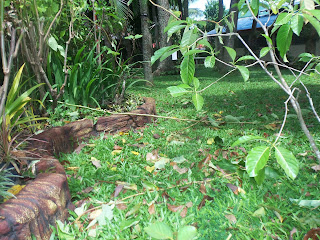 Posted by Michael and Sarah Jones at 1:57 AM 1 comment:

What, then, shall we say in response to these things? If God is for us, who can be against us? He who did not spare his own Son, but gave him up for us all—how will he not also, along with him, graciously give us all things? Who will bring any charge against those whom God has chosen? It is God who justifies. Who then is the one who condemns? No one. Christ Jesus who died—more than that, who was raised to life—is at the right hand of God and is also interceding for us. Who shall separate us from the love of Christ? Shall trouble or hardship or persecution or famine or nakedness or danger or sword? As it is written:

“For your sake we face death all day long; we are considered as sheep to be slaughtered.”

No, in all these things we are more than conquerors through him who loved us. For I am convinced that neither death nor life, neither angels nor demons, neither the present nor the future, nor any powers, neither height nor depth, nor anything else in all creation, will be able to separate us from the love of God that is in Christ Jesus our Lord.

Michael and Sarah Jones
We believe God has called every Christian to step out in faith beyond what the world, and even what most churches can see. We believe God calls each of us to be missionaries and ministers wherever we are. Our hearts are to reach the world through the love of Christ; especially to kids and young adults! God has opened SO many doors and shown how miraculous He is in our own lives. We have faith that he will protect and provide for us, and have confidence that through Him, ALL things are possible. Currently we are located in Metro Manila, Philippines and EAGERLY look forward to serving him here and see what he has planned for us next. Our desire is to serve him anywhere and everywhere.